It’s a chilly, on-and-off drizzly November night. I am sitting by the wood stove in our house, with our dog competing for space with the computer on my lap. Today, P. felled his first tree with the chainsaw that he recently learned how to use. We spent the first half of the day getting the tree back to our house, which involved a lot of sawing, chopping, and loading on P.’s end and a bit of hauling on mine. We got home, wolfed down a late lunch, then fell into the sort of exhausted but happy trance that typically overcomes one after physical exertion followed by a hot meal. Later, I sat in a foamy bath and read my New Yorker in the fading light, while P. browsed his favorite websites (yes, we gave in and installed internet at home after 9 months of trying to do without). Then dinner – for us, for the dog, and for my newly acquired sourdough starter – and now we are ensconced in front of our computers again, P. catching up on reading and I, on blogging, warmed by the stove that is supplemented by a portable electric heater. 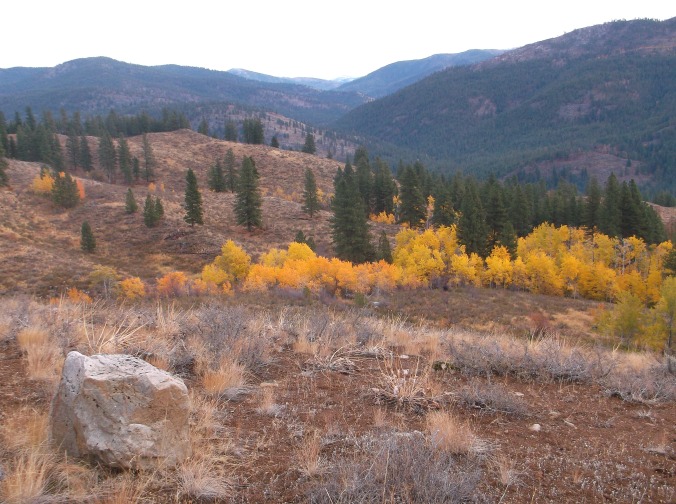 A few months ago, things were not so peaceful and cozy, so warm and fuzzy. We had a very difficult summer. The preceding months – I’m not really sure where to start counting – had not been easy, either, but over the summer things really came to a head. I won’t go into details, but P. was very ill and unhappy and communication between the two of us basically broke down. The hot weather, which we both dislike, especially P., was not helping any. Finally, P. persuaded me that we needed to go away for a while to get away from the routine and work things out. Reluctantly, I agreed, secretly hoping that we’d return after a couple of weeks of R & R, along with a visit to a doctor and perhaps a trip to a monastery (recommended by the priest at the church P. occasionally attended in Seattle). 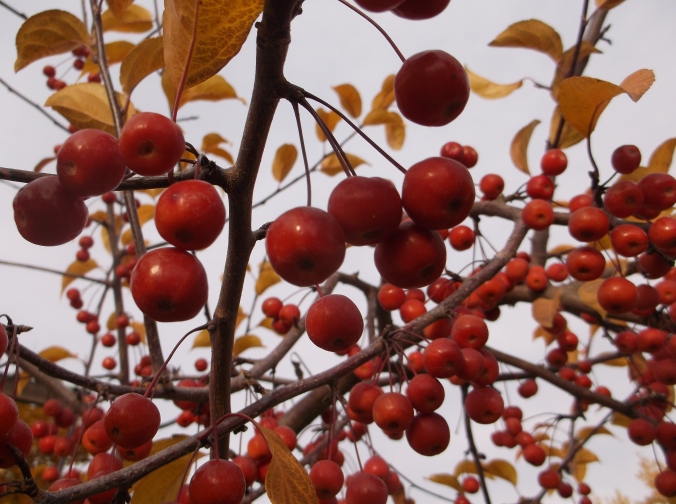 Instead, we were gone for nearly two months, spent mostly on the road. We criss-crossed Washington State, from the Methow to Seattle and back again, then headed south down Highway 97. We drove past Mount Hood and stopped in Bend and Klamath Falls, with detours to Paulina Peak and Crater Lake. Then further south, past wildfires, past Mount Shasta, down the parched I-5 corridor that splits California down the middle, on to the Bay Area. A few days in Berkeley and San Francisco, then south again, to Los Angeles. Five days in LA and we started slowly making our way back up the coast, mostly via the Pacific Coast Highway and the 101. Santa Barbara, then the Bay Area again, Sonoma and Mendocino coast, Humboldt County with its redwoods and pot farms. Then a zigzag to Grants Pass and Roseburg and back to the coast, now in Oregon, where it rained for the first time in seven weeks, and on to Portland and Seattle and finally back to our home near Twisp via the North Cascades Highway. 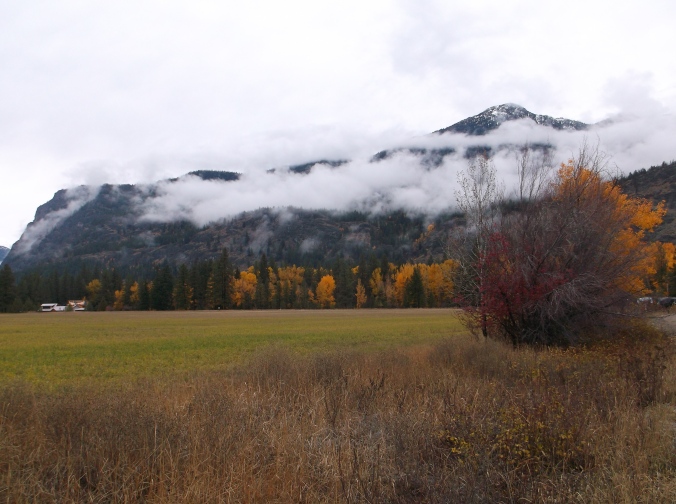 Along the way, we slept under the open skies on a dock on Lake Chelan, in a tent pitched on monastery grounds, in our car parked on Capitol Hill in Seattle, in my parents’ home, and in a bunch of hotel rooms that varied widely in upkeep and smelliness. We ate a lot of Rice-A-Roni cooked on a camp stove, crackers and cheese sliced on the hood of the car, melons that we raced to finish before they went bad in the late-summer heat, Snickers bars and protein bars while driving. We fought. We made up. We talked and listened to music and audiobooks and sometimes we were just quiet.

We’ve been back for over a month now. Things are better. There is more stability and peace in our lives. P. is able to be more active and productive than he had been for years. I hope things continue this way. 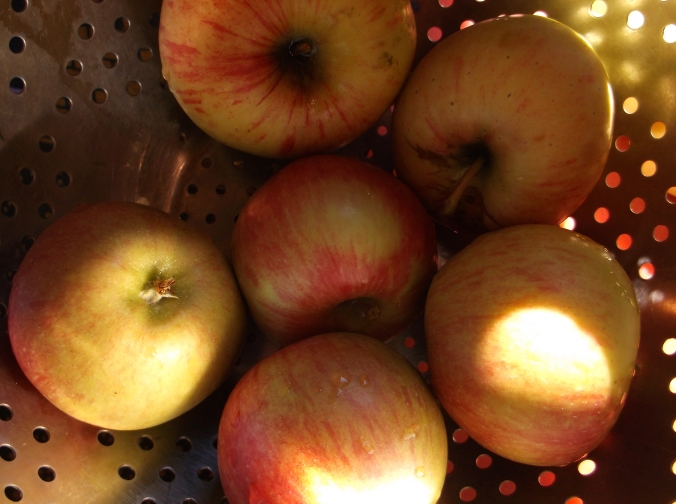 I am still digesting our big trip, still figuring out whether and how it changed me. To be honest, I am not one of those people who are always on a quest to improve themselves, who consciously try to learn something from every undertaking and talk about having transformative experiences. It’s great when people do that and I’m sure this approach immensely enriches their lives; I just know that, because it’s not my style, to me it would feel artificial. As our trip was drawing to a close, I started jotting down a list of “key learnings” from the weeks that had passed, and then abandoned it because it felt contrived and I could not come up with much under pressure.

Yet, there are definitely a few things I can say I’ve learned, although they can hardly be called epiphanies. I’ve learned that daily showers and changes of clothes are overrated, while sleep is not. I’ve learned to be more spontaneous, to plan less and to be less upset when the plans I do make are only partially accomplished or fall through entirely, to literally go where the road takes you. I’ve learned that a day spent doing simple tasks – cooking a meal, doing the dishes, sitting and staring at the ocean, packing up camp in the morning and setting up camp again at night – can be very fulfilling, in a simple way. I’ve learned to trust my husband’s instincts more. OK, maybe a few epiphanies were had after all.

Not everything is perfect. P. is out of work now that the temporary job that he started right after we returned has ended, and a couple of other gigs did not work out. We are no longer talking to my parents, at least for the time being. (A sad story that I don’t feel like going into right now.) Our credit card debt has grown, mostly due to travel costs, and we are nowhere near buying a house. But, overall, we are more at peace now, more hopeful, more confident that things will work themselves out somehow, despite all the challenges along the way. I hope we can keep this faith alive, just like – most days – we manage to keep the fire in the stove alive and glowing, giving off warmth.